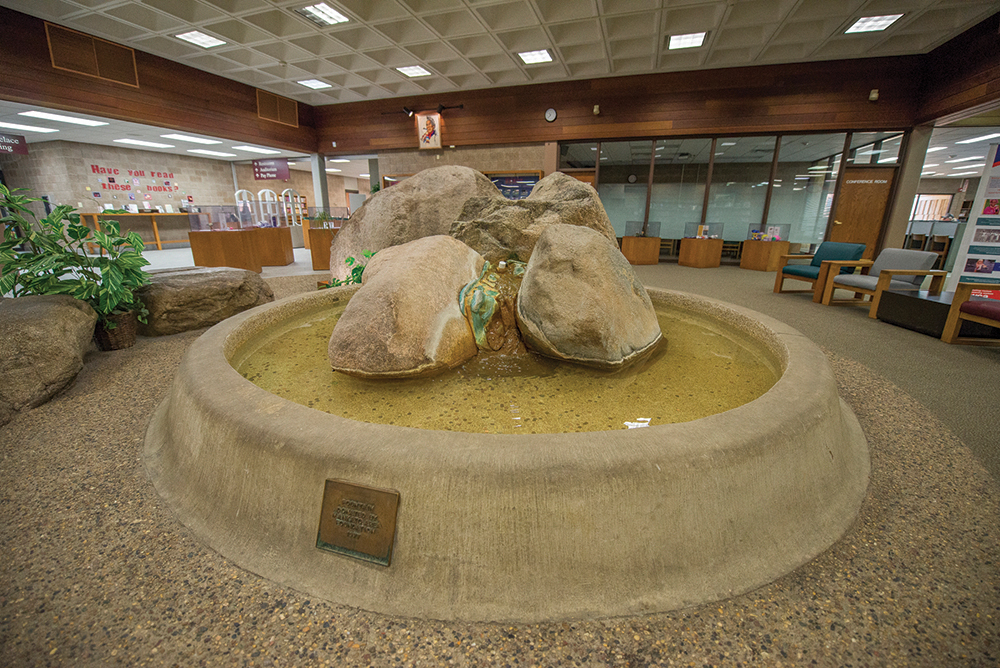 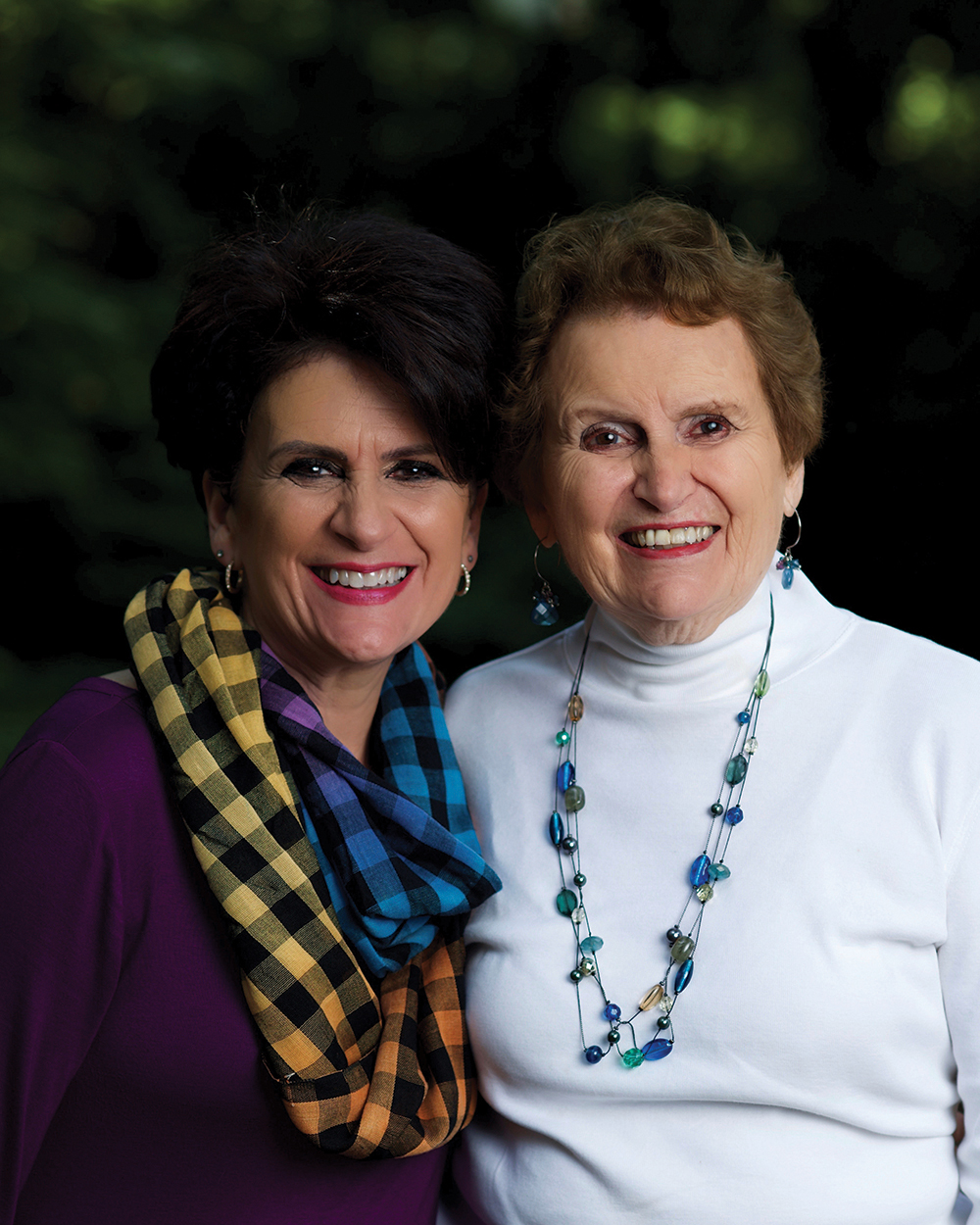 When the president and CEO of Mankato Area Foundation (MAF), Nancy (Taylor) Zallek, was growing up in Mankato, she always envisioned she would one day take over her father’s family business—Brett’s Department Store. And she was on that path, in fact, from 1982 until it was forced to close in 1992.

“I guess you could say I have always been good at running a nonprofit!” Zallek said, laughing.

Little did Zallek know then that she would actually spend the majority of her career running the organization her mother helped found in 1974.

The roots of MAF began growing in the 1960s, back when local businessman Herman Miller tried to build a civic center for Mankato. He had approached various individuals and businesses to raise money for the cause, and it is estimated he raised around $70,000. While this was a generous amount, it was not enough to build a civic center. And with no entity to hold these funds, Miller had to return all the contributions to the original donors.

So in the early 1970s, local attorney Art Ogle approached long-time community volunteer Gretchen Taylor (Zallek’s mother), still frustrated that the civic center project had fallen through. He told Taylor that if there had been a community foundation at the time, the money would have been watched over, allowed to grow, and eventually, the project would have been completed.

“‘And this sort of thing is going to keep happening unless we start a foundation,’” Ogle had said, according to Taylor.

With Taylor on board, Ogle collected a group of Mankato leaders—people who “liked to accomplish things,” according to Taylor—to form the first board of directors and officially establish the Mankato Area Foundation as a 501(c)(3) organization.

The next step? Decide what exactly this organization would do.

“With the civic center project, there had been money but no shell to store it in, and now we had a shell but no money,” Taylor said. “So we had to decide. Do we just raise money for the sake of doing something, or do we start a project that will get people’s attention?”

One of the board members at the time mentioned that the Blue Earth County Library was in the process of being designed. The board agreed that a unique water feature would be a great addition to this new community gathering space.

“I assumed we would just be picking out a spigot from a catalog or something,” Taylor said, chuckling. “But a board member contacted artist and professor Raymond Jacobson from Carleton College to complete the design, and he wanted to use beautiful natural features like the various types of stone found in southern Minnesota. So he and I drove around for hours looking at boulder after boulder after boulder.”

Eventually, Jacobson decided the boulders he wanted to use were some found in Minneopa State Park. This left Taylor with a pile of administrative work—getting permission from the DNR, the State Park Commission and others to move and utilize the stone as an art project.

“I’ll never forget calling one of those entities for what felt like the hundredth time,” Taylor said. “I could hear the woman on the other line turn to her coworker and whisper, ‘It’s that woman from Mankato. She’s calling about the damn rocks again.’”

When Art Ogle passed away unexpectedly, Taylor took over as board president; she and her fellow volunteers had a lot of work to do to realize his vision for the community.

“At the time, we were a project-based organization,” Taylor said. “After the fountain, we partnered with Minnesota State University, Mankato, to host a three-day public affairs institute. Soon after that, we raised money to establish the Williams Nature Center. It was one project after another, and it was all run by volunteers.”

When asked about the fundraising model used in that era, Taylor admitted the process was not particularly sophisticated.

“It was literally door-to-door fundraising,” Taylor said. “Becky Ueland and I would knock on doors and make cold calls, asking folks to donate to whatever project we were working on next.”

“That’s really the only way we could function as a volunteer-run organization,” Taylor said. “We didn’t have the capacity  to expand beyond that.”

Decades later, when Zallek was hired to direct the Foundation in 2009, she spent a long time trying to determine why the organization was 35 years old yet only had a couple million dollars in assets.

“Looking back at the books, I could see the pattern and learned that the majority of our funds were not invested,” Zallek said. “While this serves individual projects well, it is not a super sustainable model.”

Zallek credits the Confer family as being the game-changers for Mankato Area Foundation. The family of Ogden P. Confer, who died in 1988, initiated the first endowed fund in his honor at MAF in the late ‘90s.

“This gift made the board rethink their community chest model and aim for perpetuity,” Zallek said. “The board decided to shift their strategy and focus on investing assets and granting from income. With the establishment of the Confer fund, we have granted over $650,000 to local nonprofit organizations from that original gift in the 1990s.”

The next big step in MAF’s growth was moving from a volunteer-run organization to one with paid staff.

“If MAF had remained volunteer-based, it would have plateaued,” Taylor said. “Hiring staff was an essential investment. The organization needed continuity and full-time dedication to donors and the community—something we as volunteers couldn’t provide when we were busy chasing down boulders.”

According to Zallek, this investment in employees has paid for itself many times over. In 2009, the board hired Zallek (with the support of contract accountant Joan Untiedt) to lead the organization. At the time, the Foundation had approximately eight funds and $2 million in assets. Today, Mankato Area Foundation has seven staff members, more than 135 funds and over $27 million in assets. But the number Zallek is most proud of is granting over $2.4 million just last year.

When Taylor, now age 91 and with over 56 years of nonprofit board service, was asked about the original vision for Mankato Area Foundation, she said the board had hoped it would be used as a tool for the growth of Mankato.

“We wanted it to be truly community-based and to serve everyone, not just one particular sector or cause,” Taylor said.

And when Taylor was asked if she ever envisioned the Foundation being what it is today, her answer was emphatic.

“No,” Taylor said. “No. No way. We never would have thought it could be what it is now. And I definitely never imagined my daughter would be serving in this capacity one day. But Mankato Area Foundation has grown into exactly what that original board would have wanted it to be, had we possessed the ability to see into the future.”

“And a magic wand, perhaps.”

Your ticket for the: Building a Rock Solid Foundation