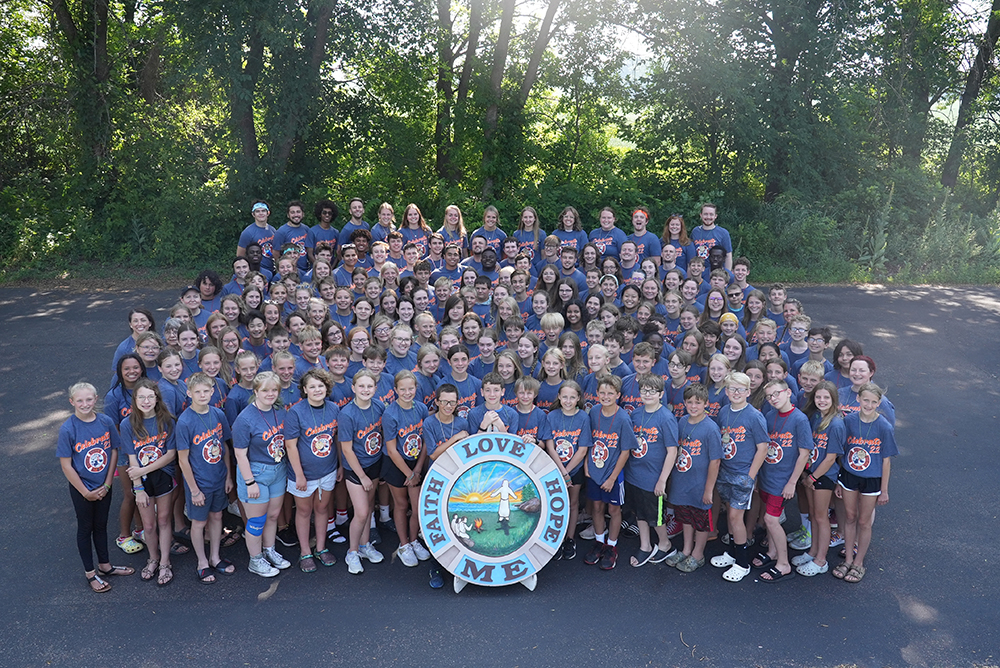 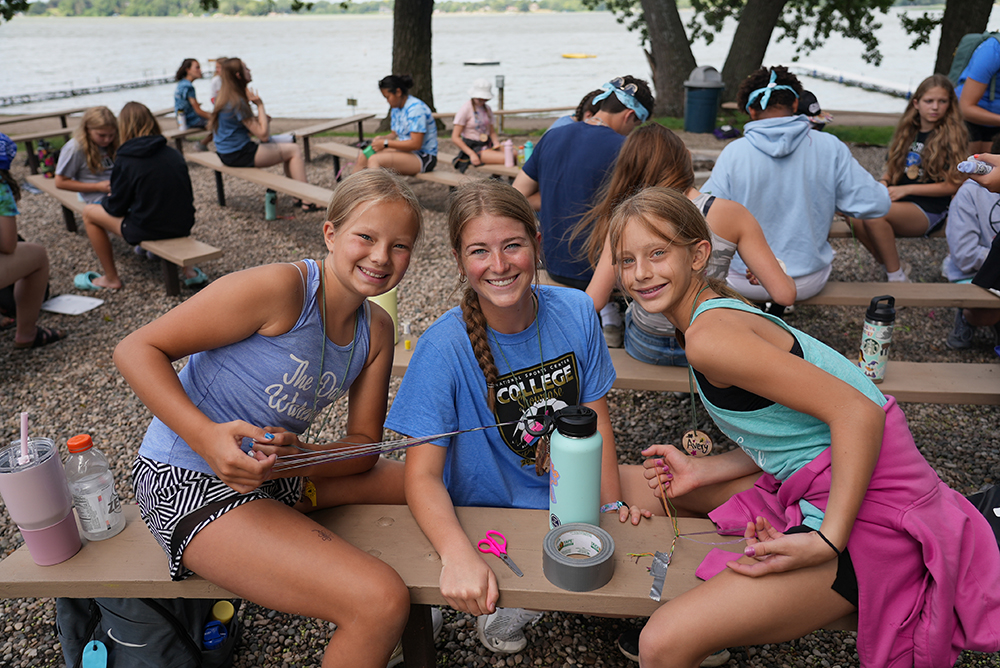 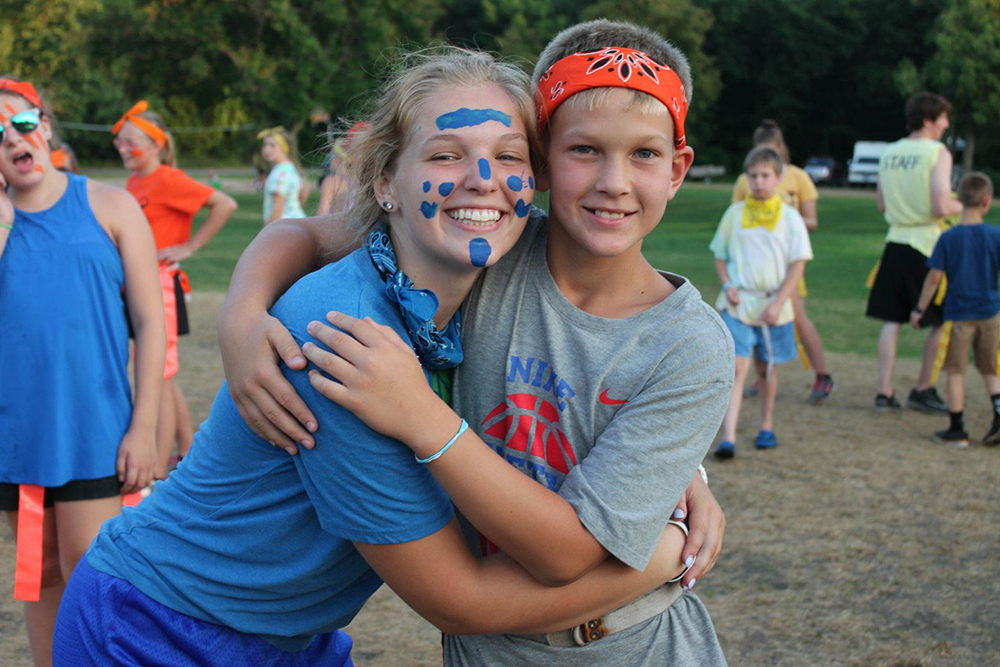 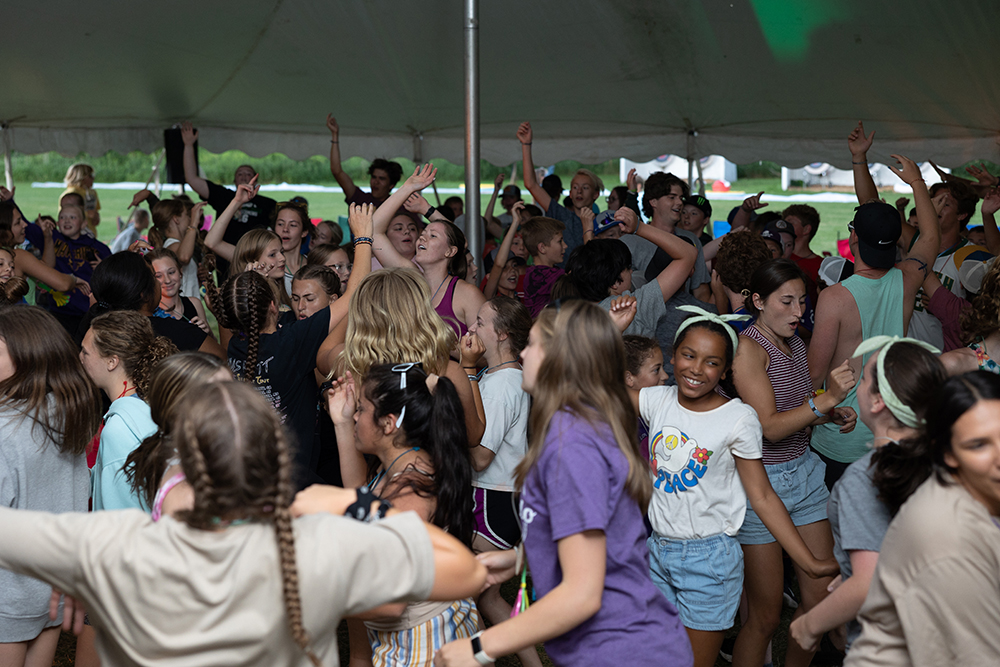 Located on the shores of Lake Washington in LeSueur County, Kiwanis Camp Patterson has been serving thousands of youth campers each summer for the past four generations. Today, the camp continues to welcome 2,600 kids each season.

“My grandma, mother and their kids all attended camp here,” said Shannon Gullickson, president of Camp Patterson, Inc. “I was actually the only one in my family who didn’t attend a camp growing up!”

Camp Patterson’s story began nearly 100 years ago in 1927, when Mankato merchant H.A. Patterson donated 9.2 acres of land on the east side of Lake Washington to the Mankato Kiwanis Club, which had been hosting youth camps on leased land. Over the years, the Patterson family and other Kiwanis and community members have funded improvements and the purchase of additional parcels of land for the camp, which now consists of 19.2 acres.

“The property would be almost unrecognizable to those original campers,” Gullickson said. “It is a physical and visual testament to the power of giving.”

The camp property is rented at an affordable rate to area nonprofit organizations who offer youth camps, including the YMCA, Celebrate Me Week, 4-H, Royal Family Kids, Camp OZ and others. Each camp provides its own staff, food and planned activities, but Kiwanis Camp Patterson provides all the rest: sleeping cabins, recreation hall, dining hall and commercial kitchen, softball field, basketball court, volleyball court, archery range, gaga ball pit and (of course) a swimming beach with kayaks and canoes.

Like so many facilities, Camp Patterson was temporarily shuttered in 2020 due to the COVID-19 pandemic. But this didn’t stop the volunteers or caretakers from pushing forward with the goals of the camp. Volunteers worked to trim trees, repair broken fences, add new landscaping and make other much-needed improvements to the property. Most notably, volunteer leaders from the Kiwanis Club utilized that summer to form a plan to fully renovate the interior and exterior of ten of the camp’s cabins. Soon, these leaders initiated a major fundraising campaign with the goal of improving and maintaining Kiwanis Camp Patterson to serve a fifth generation
of campers.

“2020 forced a pause in the operations of so many organizations,” Gullickson said. “But even though we couldn’t have kids participating in camps, our volunteers never lost their stride in working to better the experience of our campers.”

In 2021, volunteer camp leadership approached Mankato Area Foundation (MAF) with information about their “Next Generation Campaign,” and the two organizations partnered to tackle fundraising for the item most requested by groups utilizing the facility: an expanded dining hall with air conditioning and 21st-century audio/visual capabilities. According to Nancy Zallek, president and CEO of MAF, this wasn’t a tough sell to area philanthropists.

“Camp Patterson is so beloved that we knew we would have donors interested in supporting this cause,” Zallek said. “We reached out to our donor advised fund holders, and to date, they have contributed over $190,000 to the campaign. We are so pleased by the enthusiastic support for such a wonderful project.”

Members of the Mankato Kiwanis Club have also contributed, as well as many community members and past campers.

“We were initially overwhelmed by how much work it would take to make these renovations happen,” Gullickson said. “But we have been equally overwhelmed by the amount of support we have received—from individuals, businesses and of course MAF donors.”

In June of 2022, the dining hall addition was completed just in time for the arrival of the season’s first campers. Now, the committee is working on their next big project: raising funds for a new restroom and shower facility.

According to Gullickson, the group is confident they can meet this fundraising goal with local support.

“When we share the history of the camp and our plans to serve a new generation of youth campers, people fall in love with it,” Gullickson said. “It aligns beautifully with the goals of so many of Mankato’s philanthropists.”

In addition, Gullickson notes that the partnership with MAF and the efforts of this campaign have produced palpable results.

“Throughout this entire campaign, the only smiles bigger than mine have been those of young campers utilizing our stunning new facilities,” Gullickson said. “And what could be more joyful than that?”

Your ticket for the: Happy Campers