The Jonathan Zierdt Cancer Fund, a donor advised fund of the Mankato Area Foundation, was established in 2017 by Jonathan and Ginger Zierdt and a guiding coalition of engaged community leaders to build community cancer awareness and support. 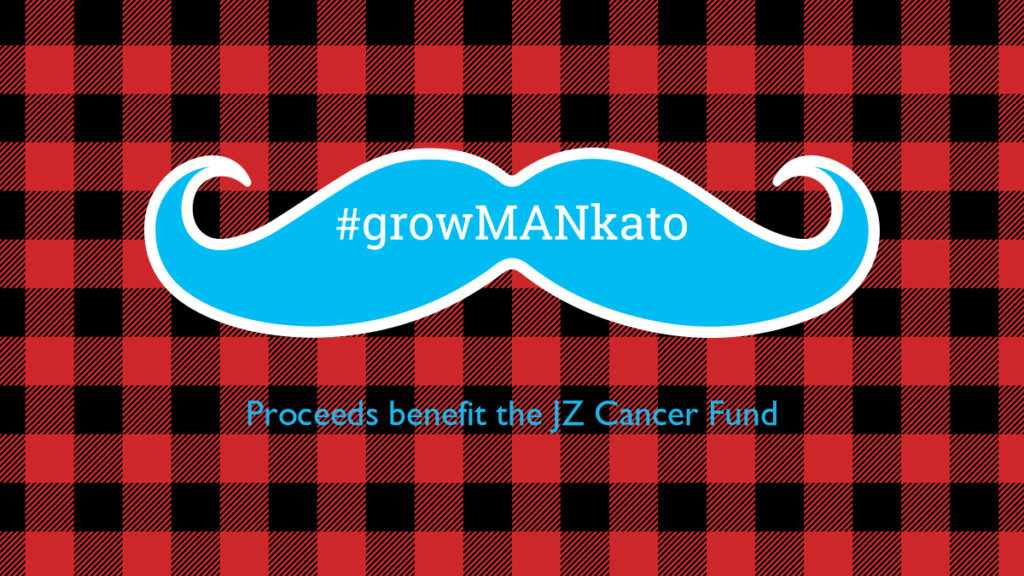 Bringing awareness to the Mankato community on men’s health and men’s cancer, particularly to prostate and testicular cancer, through engaging community events and fundraising to support community cancer patients.

THANK YOU FOR CARING.

The Jonathan Zierdt Cancer Fund wishes to thank all donors to our Box Love Campaign. Through the generosity of hundreds of individuals,
businesses and foundations the Box Love Campaign has received $925,000 to help support those in our region affected by cancer. We are
especially grateful to our Major Gift donors listed below:

Please join us in supporting those in our community who receive a cancer diagnosis by making a donation or pledge to the JZCF Box Love Campaign. To make a donation, please click on the link below.

THE REALITY OF CANCER

Cancer continues to be a leading cause of death in Minnesota and across the country. This is personal—it’s about friends, neighbors and family in Minnesota.

One out of two Minnesotans will be diagnosed with cancer in their lifetime.

Every day, more than three of our friends, neighbors or family members are diagnosed with cancer in south central Minnesota.

Every day, more than one of our friends, neighbors or family members in south central Minnesota die from cancer.

Early detection makes all the difference—survival rates in most cases are significantly higher.

YOUR INVESTMENT WILL CHANGE THE CANCER JOURNEY

The Jonathan Zierdt Cancer Fund is committed to community cancer awareness and support. Here are just a few possible examples of how your investment will help change the cancer journey:

JZ Caring Box: The JZ Caring Box program donates specially designed care packages to our medical provider partners for distribution to patients diagnosed with cancer. Each JZ Caring Box contains items to provide support and comfort, and access to information and resources, to cancer patients, their families and caregivers.

$5.00 of each item purchased is contributed to the Jonathan Zierdt Cancer Fund. 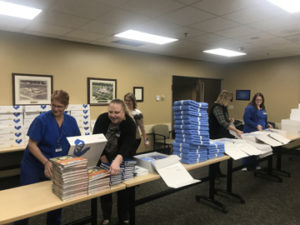 Mankato, MN – The Jonathan Zierdt Cancer Fund (JZCF), a donor advised fund of the Mankato Area Foundation, is pleased to announce Mayo Clinic Health System (MCHS) has made a $100,000 contribution to the JZCF’s Box Love Campaign—making it the largest gift received by the campaign. The gift, which was provided back in early March, will be paid over five years. Including the generous gift from MCHS, the Box Love Campaign has raised $925,000, nearly 93 percent of their $1,000,000 goal. Read Full Release

FAIRMONT, Minn. – The Jonathan Zierdt Cancer Fund is expanding its reach to the Fairmont area, partnering with Mayo Clinic Health System in Fairmont to serve the area’s cancer patients well into the future. Read Full Release

The Jonathan Zierdt Cancer Fund (JZCF), a donor advised fund of the Mankato Area Foundation is pleased to announce the Box Love Campaign. In January 2018, the JZCF launched our signature program—the JZ Caring Box. The JZ Caring Box is designed for patients diagnosed with cancer and contains items to provide support and comfort as well as access to information and resources for patients, their families and caregivers. In anticipation of the need for 1,000+ Caring Boxes each year, the JZCF has launched a major fundraising campaign called Box Love with a goal of raising $1,000,000. Read Full Story

The Passing of Our Founder…

Mankato, MN (March 27, 2019) – The Jonathan Zierdt Cancer Fund (JZCF) is deeply saddened to announce our founder, and former CEO of Greater Mankato Growth, Jonathan Zierdt has passed away earlier today after a courageous, five-year battle with prostate cancer. All those involved with the JZCF mourn this tremendous loss.

“On behalf of our Executive Committee, Board of Advisors and Partners, we extend our heartfelt and deepest sympathies to Jonathan’s wife, Ginger and their family,” said Tami Paulsen, Director of the Jonathan Zierdt Cancer Fund. “Jonathan’s important and meaningful work in this community, his faith-filled, energetic personality and passion to make a difference, have impacted so many lives. His legacy of living Fully Alive and changing the cancer journey will continue and thrive through the JZCF.”.....Read Full Release 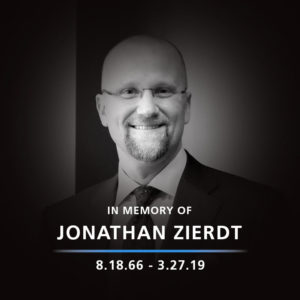 In May 2018 a new, relatively sizeable prostate cancer mass was identified in his former prostate bed.  Unable to remove surgically or treat with radiation, the palliative option for treatment included new rounds of chemotherapy treatments from June through September 2018, followed by cryogenic surgery. After a five year courageous battle, fighting the cancer with all his might, Jonathan sadly lost that battle on March 27, 2019.

Throughout his journey Jonathan was bolstered by remaining actively engaged in the community and his work, hoping as he said to “change the face of cancer.” Having received so much support during their cancer journey, Jonathan and Ginger Zierdt established the JZ Cancer Fund in 2017 with a mission and vision to build community cancer awareness and support and to help change the cancer journey. The JZ Cancer Fund remains committed to fulfilling Jonathan’s vision and legacy.

Find Support Networks and Gatherings in Your Community

Your ticket for the: Jonathan Zierdt Cancer Fund