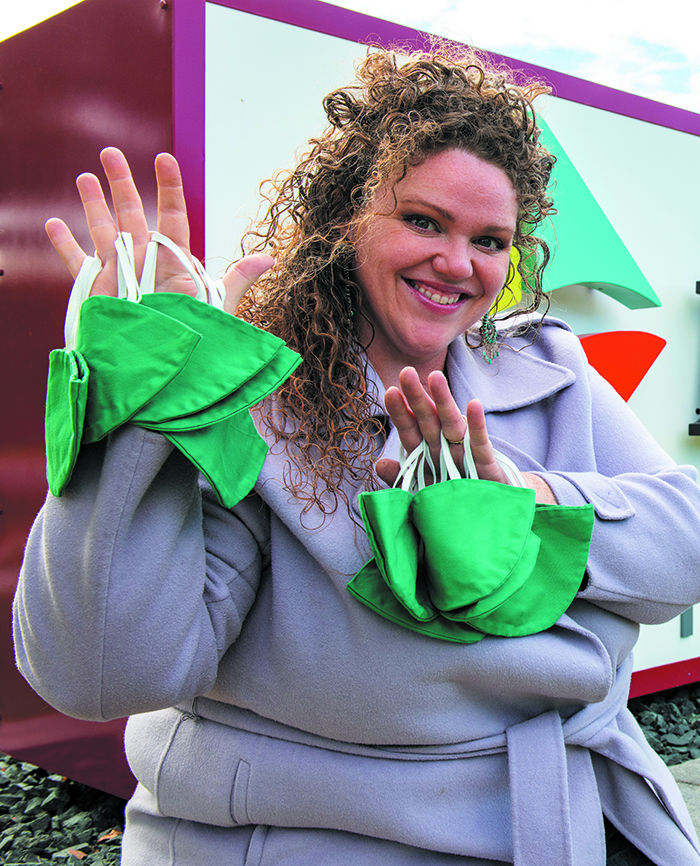 What is a Fiscal Sponsorship?

Through a fiscal sponsorship, MAF partners with mission-driven groups looking to advance innovative projects and programs or those finding solutions to unique community challenges. This formal relationship allows MAF, acting as the fiscal sponsor, to provide tax-exempt status to select groups engaged in activities that align with the Foundation’s mission. Most often, fiscal sponsorship is used by organizations, individuals or collaborations who are facilitating a short-term project but want an alternative to becoming their own nonprofit organization. Other groups may partner with MAF as they begin the process of becoming a nonprofit. Under those circumstances, the Foundation provides the infrastructure and financial oversight—allowing the groups to jump-start their initiative while they take the necessary steps to qualify as their own nonprofit organization. Fiscal sponsorship is a temporary relationship in which MAF supports an initiative until the project or program is complete OR the group has received its own nonprofit 501(c)(3) designation.

A year ago, “PPE” meant nothing to a lot of people.

Today, personal protective equipment (PPE) is required for all Minnesotans in public spaces, and every day tens of thousands of Mankato area residents don reusable face masks they received for free, thanks to the work of Priscilla Roos and Get Mankato PPE.

“When the COVID-19 pandemic first hit the U.S., I was glued to the television, horrified, for two solid weeks. Finally, I said, ‘That’s enough. I need to do something.’ But I wasn’t sure where to start,” Roos said.

Roos talked to her friends and neighbors, asking what she could help with. She planted tomatoes to aid the local food supply. She researched the greatest needs in the area. Eventually, Roos discovered five separate local groups who were beginning to sew masks for healthcare providers, but she realized these masks were not
CDC-compliant.

“I could see there was determination and people wanting to help, but there was no focal point—no single driving force providing direction,” Roos said. “I decided I could be that driving force.”

Initially, Roos thought she would start her own 501(c)(3) nonprofit; PPE had become required for all healthcare employees, but the shortage was dire. However, Roos quickly realized that creating a new nonprofit would take way too long. She needed to meet the needs of the community now.

“It would have taken months and tons of effort just to get started,” Roos said. “A friend told me that I should instead look for a fiscal sponsor like Mankato Area Foundation because I could benefit from their 501(c)(3) status. It was the best advice I ever received.”

Roos met with MAF President and CEO Nancy Zallek and quickly wrote up a business plan for what would soon be called Get Mankato PPE.

”Within 36 hours, I had a signed contract with MAF because they saw the immediate need and our potential to help. I don’t know of any other community where that would have happened.”

Over the next several days, Roos recruited a network of dedicated volunteers who would help her create CDC-compliant face masks, headbands and gowns for healthcare workers. Hundreds of people volunteered to sew. A local manufacturer cut all the fabric with his laser cutter. Kato Moving and Storage offered to store all of Get Mankato PPE’s fabric and supplies for free.

“It was mind-boggling how many people were willing to step into the breach and say yes!” Roos said. “This really is an incredible community.”

Roos and her team of volunteers worked day and night to meet the needs of the area.

“When you start something like this, it takes dogged determination. You have to be willing to be married to it,” Roos said. “For the first six to eight weeks of the pandemic and Get Mankato PPE’s existence, I was working the equivalent of two and a half full-time jobs. But I knew just how important and necessary it was because if our healthcare workers got sick, we would all be out of luck.”

Soon enough, CDC requirements and recommendations began to expand. When healthcare facilities started requiring face masks for anyone who entered their buildings, the demand for PPE skyrocketed.

Roos expanded her efforts as far and as wide as possible. She marketed Get Mankato PPE’s cause, stayed on top of all the latest research, developed an efficient supply chain, delivered masks and headbands daily to local facilities and stayed in constant communication with volunteers.

“I would post videos on Facebook, and volunteers would pick up whatever supplies they needed from Kato Moving and Storage or even from my van,” Roos said. “The volunteers came out of the woodwork, and we began to create a stockpile of PPE. We produced over 3,500 masks in a single week.”

Within a few short months, Roos and her team were providing masks for our regional healthcare clinics and hospitals as well as over 40 senior and long-term care facilities.

“There were days when the responsibilities of this role could be overwhelming, but the commitment of our volunteers is what kept me going,” Roos said. “One woman in her 80s has single-handedly produced over 10,000 headbands. Another woman has produced over 4,000 masks. A local high schooler learned to sew just to make masks. Our youngest volunteer, a four-year-old, helps remove pins as her mom makes them.”

And while the power of her volunteers cannot be overstated, Roos also recognizes the essential role of MAF’s fiscal sponsorship as well as generous funding from the community. Without these resources and donations, Get Mankato PPE would not be here today.

“Without the Foundation, we wouldn’t exist. It’s just not possible,” Roos said. “MAF stepped in and said, ‘Hey, this sounds important. Let’s go for it.’ And thanks to their unique relationship with the community and local donors, we were able to bring so many important key players to the table—including both cities, area counties, Greater Mankato Growth and Mayo Clinic Health Systems Event Center.”

In addition to a fiscal sponsorship, MAF provided access to significant funding for Get Mankato PPE.

“Because of their visibility and support of this project, we had tens of thousands of dollars donated to our cause,” Roos said.

In the first five months since its inception, Get Mankato PPE raised or was granted over $70,000 to purchase all the supplies needed to create masks and headbands for the community while maintaining a 100 percent volunteer workforce. As of September, Get Mankato PPE had produced over 40,000 masks for the region.

“I think it’s unfortunately easy to not understand the value of a community foundation until you witness something like this,” Roos said. “But because they exist, we were able to provide these life-saving tools to our community for free.”

Looking to the future, Roos and Get Mankato PPE are continuing to grow and adapt as necessary.

“When I first wrote the business plan, I had very optimistic goals of sun-setting at four months,” Roos said. “But we know now the need will be with us for a long time. We have shifted to helping local schools and kids’ organizations, and who knows what our next focus will be?”

Ultimately, the success of Get Mankato PPE is incalculable.

“I do not believe we will ever truly grasp what we have accomplished, because the success of our efforts prevented something far worse from occurring,” Roos said.
And other communities have taken notice. Roos has made her business plan public so other groups can replicate her efforts, and she has heard over and over again how uniquely supportive the Mankato community has been when it comes to this cause.

“No one predicted something like this would happen in a million years, but MAF, our volunteers, and our community collectively responded by saying, ‘We’ve got this.’ All it took was a few people asking, ‘What am I willing to do to make a difference?’” Roos said. “And then they did just that.”

Your ticket for the: Sew Important